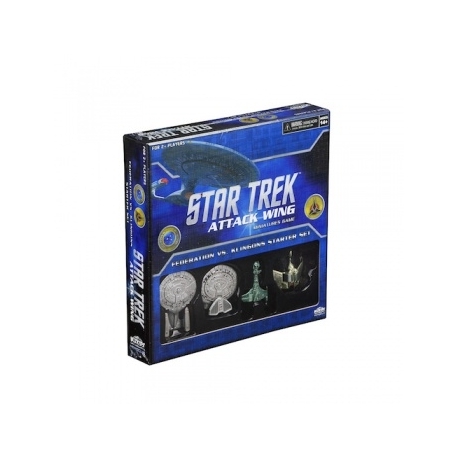 In Star Trek: Attack Wing, players select ships, crew, and upgrades from across the Star Trek universe, and set them against each other in exciting battles and thematic scenarios! This starter set includes everything two players need to start playing--highly detailed plastic miniatures, cards, dials, attack and defense dice, maneuver templates, range rulers, and dozens of tokens. It provides a deep and varied experience on its own, with two Federation starships, two Klingon starships, and enough crew and upgrades for a wide variety of matchups.

It's also your first step into the world of Star Trek Attack Wing, where you can expand your fleet with the game's many expansions, providing an endless array of options!

10 other products in the same category: