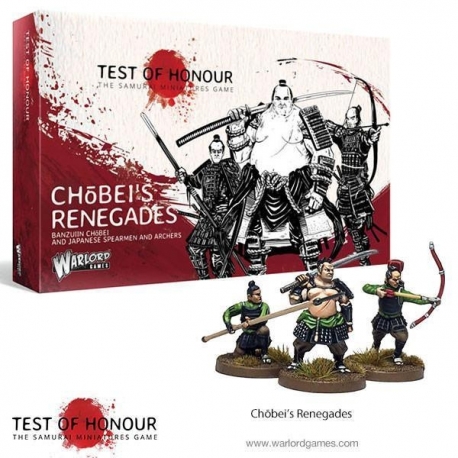 Hero to the common man, Banzuiin Ch?bei leads a ragtag band of renegades against all those who intimidate and steal from the weak.

Ch?bei is historical character, remembered as a Robin Hood-type figure who protected the oppressed common-folk from the uncaring samurai and other threats.

The set includes 10 metal heads and 18 brand new cards including 'Lead from the Front' and 'Ultimate Sacrifice', which boost the prowess of your commoners.

Ch?bei was eventually cornered by his enemies while visiting a bath house. A great swordsman with amazing stamina, he defeated every attacker and was only killed when they set fire to the building.